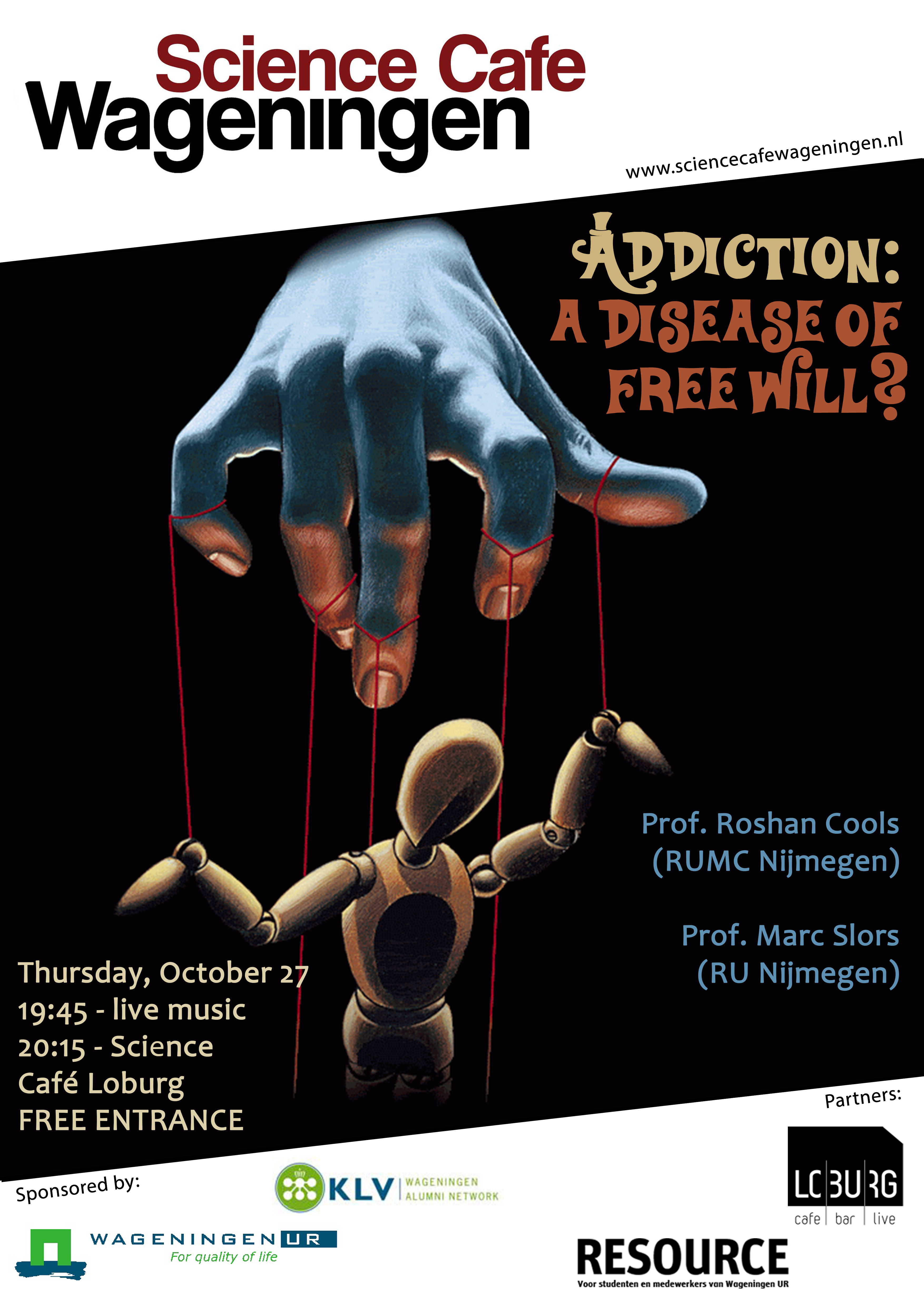 Every day we make many decisions for example on what to do, what to eat or drink, how to dress and how to behave. Most people like to decide for themselves which option to take. Also our societal and legal system is based on the idea that we as individuals have the free will to decide which actions to take or not, allowing individuals to be awarded or punished for their actions. However, it can be questioned to which extent free will really exists. Our brain appears to be very sensitive to its internal reward system which plays a key role in the development of addictions. In this Science Cafe Prof. Roshan Cools will focus on what goes awry in the brains of addicts and how these brain changes lead them to lose control over their decisions. Our speaker Prof. Mark Slors will concentrate on the philosophy of free will and the brain. He will discuss the existence of free will, the self and how insights of philosophy of mind can help in developing treatments to overcome addictions.

Prof. Roshan Cools
Roshan Cools is Professor of Cognitive Neuropsychiatry at the Department of Psychiatry of the Radboud University Nijmegen Medical Centre and principal investigator at the Donders Centre for Cognitive Neuroimaging. Her area of research is human cognitive neuropsychiatry. More specifically, she studies the role of the major ascending neuromodulators (e.g. dopamine and serotonin) in the cognitive and motivational control of decision making, with the ultimate aim to advance our understanding and treatment of a wide range of neuropsychiatric disorders (e.g. impulse control problems, ADHD and Parkinson’s disease). To this end, she combines cognitive science, psychopharmacology, functional and chemical neuroimaging, Transcranial Magnetic Stimulation and patient research. She received a James McDonnell Scholar Award, the 2012 young investigator award of the Cognitive Neuroscience Society, a Vidi and Vici Award from the Netherlands Organisation for Scientific Research, the Radboud Science Award and a Human Frontiers Science Program research grant.