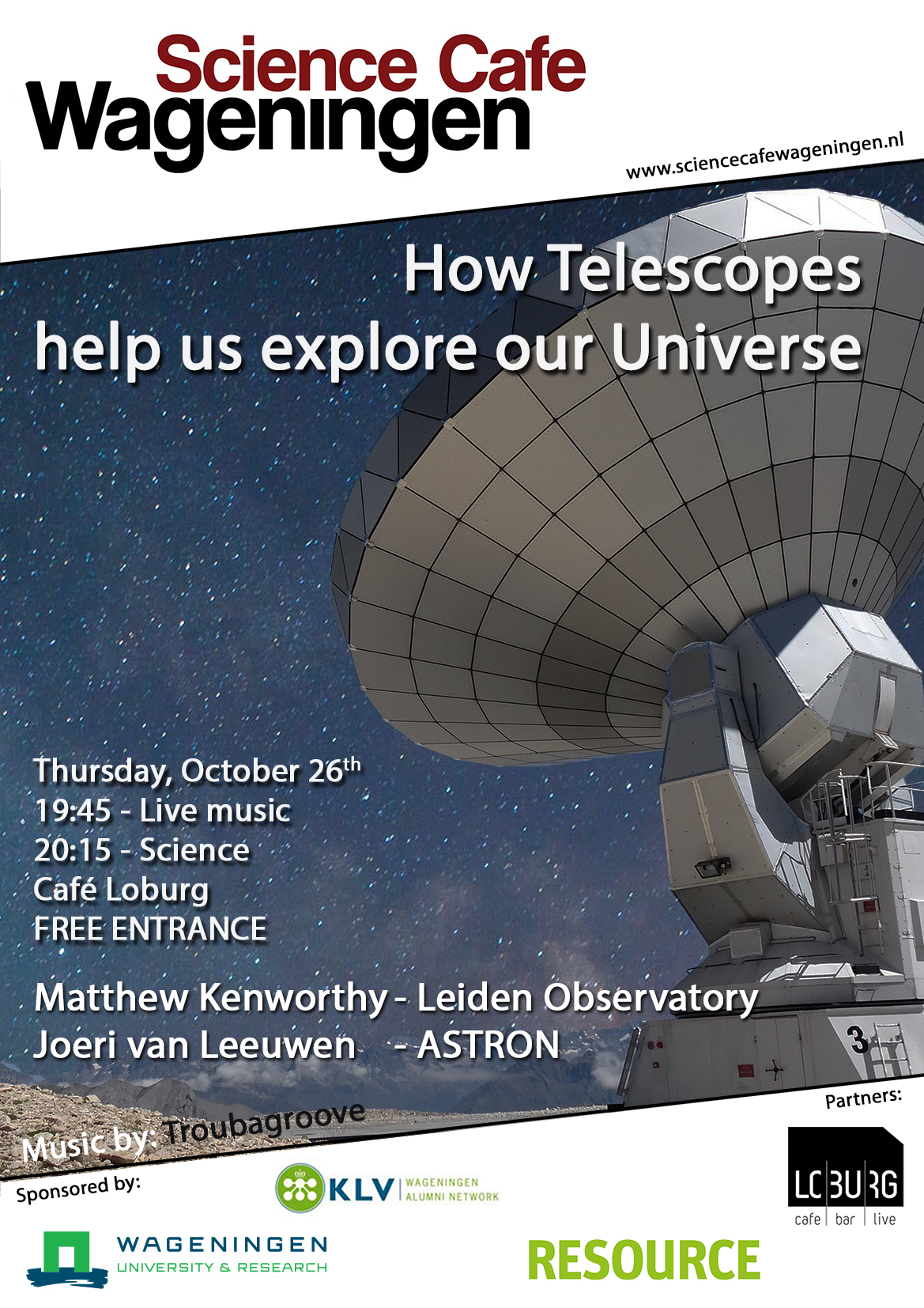 The invention of the telescope dates back to the early seventeenth century, right here in the Netherlands! This technology for visualising objects at astronomic distances quickly spread through Europe. Leading scientists such as Galileo Galilei, Johannes Kepler and Christiaan Huygens already applied telescopes in astronomy, making many breakthrough discoveries about our solar system. In four centuries, those early telescopes have come a long way. Covering the whole range of the electromagnetic spectrum, virtually every angle of the cosmos is being observed, with enormous telescopes on top of mountains, as antenna arrays spanning large parts of Europe, or even in orbit around Earth. The impact that telescopes, and astronomy as a whole has had on our society is immense, as they helped us find our place in the universe, challenging long held ideological beliefs. In this exciting Science Café, Matthew Kenworthy from the Leiden Observatory and Joeri van Leeuwen from ASTRON will introduce us to this intriguing field of science.

Matthew Kenworthy is an Associate Professor at the Leiden Observatory. His research interest focusses around the search for extrasolar planets and the techniques that can help us find them.

Joeri van Leeuwen is researcher at ASTRON, the Netherlands Institute for Radio Astronomy, as well as Associate Professor at the University of Amsterdam. He has built some of the most sensitive radio telescopes in the world in order to better understand radio pulsars and neutron stars.