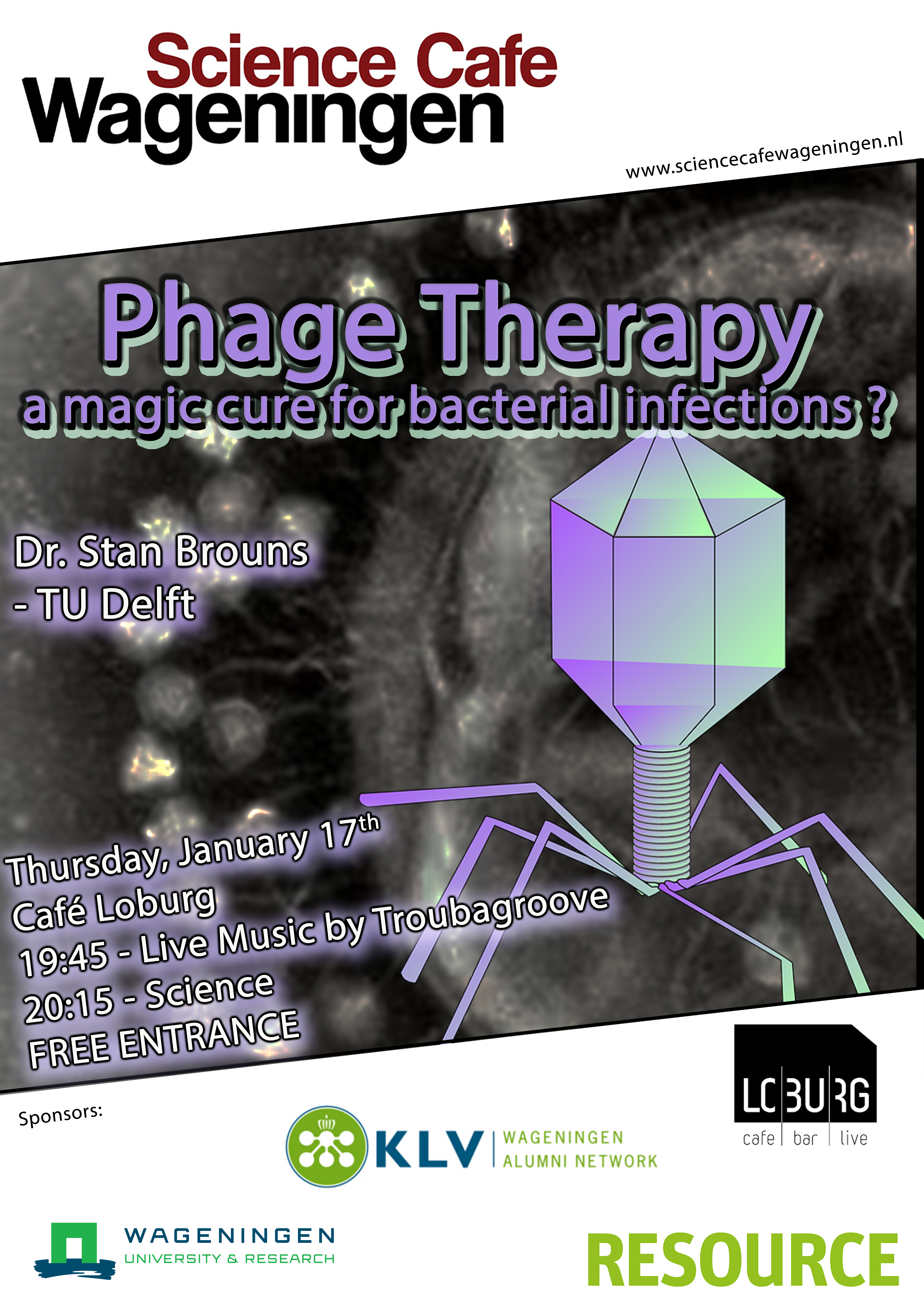 Phage therapy involves the use of bacteriophages, the natural enemy of bacteria, to treat dangerous infections. It was pioneered in the early 20th century, but the simultaneous rise of mass-produced penicillin in the 1940s caused many scientists to lose interest in phage therapy. Recently, interest had been rekindled however, by the rise in antibiotic resistant pathogenic bacteria. If left unchecked, antibiotic resistance could lead to many bacterial infections that are currently cured easily to become life threatening.

Our speaker, Dr. Stan Brouns from the TU Delft is an expert on microbe bacteriophage interactions. He recently received funding to set-up a phage bank in the Netherlands.