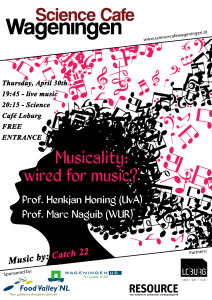 While it recently became quite popular to address the study of the origins of music from an evolutionary perspective, there is still little agreement on the idea that music is in fact an adaptation, that it influenced our survival, or that it made us sexually more attractive. Music appears to be of little use. So why argue that music is an adaptation? While it is virtually impossible to underpin the evolutionary role of musicality as a whole, the apparent innateness, and the cognitive and biological specificity of its hypothesized components allow Prof. Henkjan Honing (UvA) to outline what makes us musical animals.

Many animals use vocal signals to communicate, which often sound highly musical to us. Think of songs of whales or the melodious songs of the nightingale. Yet, animal signals have evolved to communicate specific information, usually linked to mate attraction or to defending resources. Even though animal sounds often share features of what we consider as music, we cannot easily infer that animals do so as well. Yet, recent studies have tried to link such vocal signalling also functionally to music and rhythm, shedding some new light on why animal vocal signals are effective.  Prof. Marc Naguib (WUR) who is specialized in songbird vocal communication will present and discuss some of these ideas and studies.

Jelle de Gruyter will as usual moderate this session. And of course this theme deserves some great live music; this will be taken care of by Catch-22, a jazz-quintet that will their own repertoire with original adaptations of existing work.

Henkjan Honing is professor in Music Cognition at both the Faculty of Humanities and the Faculty of Science of the University of Amsterdam (UvA).
Honing obtained his PhD at City University (London) in 1991 with research into the representation of time and temporal structure in music. After that he worked at KNAW (Royal Dutch Academy of Sciences) and the Nijmegen Institute for Cognition and Information (NICI) before becoming a professor in Amsterdam. Henkjan Honing was granted Distinguished Lorentz Fellow in 2013/14. Henkjan Honing gave many lectures for a broad audience, e.g. at TEDx Amsterdam and ‘Universiteit van Nederland’.
He is known as a passionate researcher in this new interdisciplinary field that gives us fundamental insights in the cognitive mechanisms underlying musicality 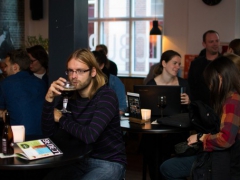 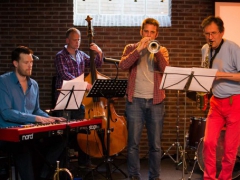 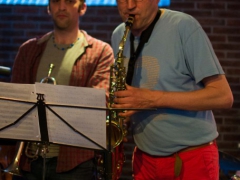 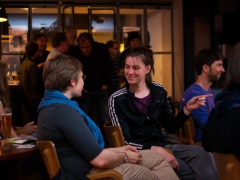 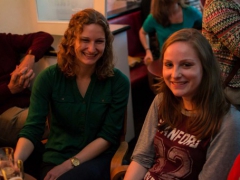 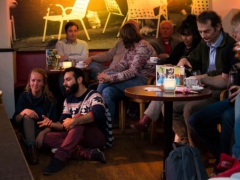 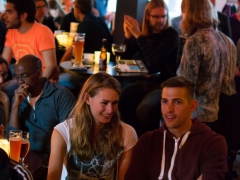 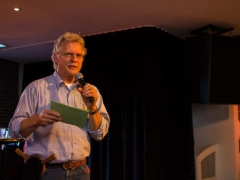