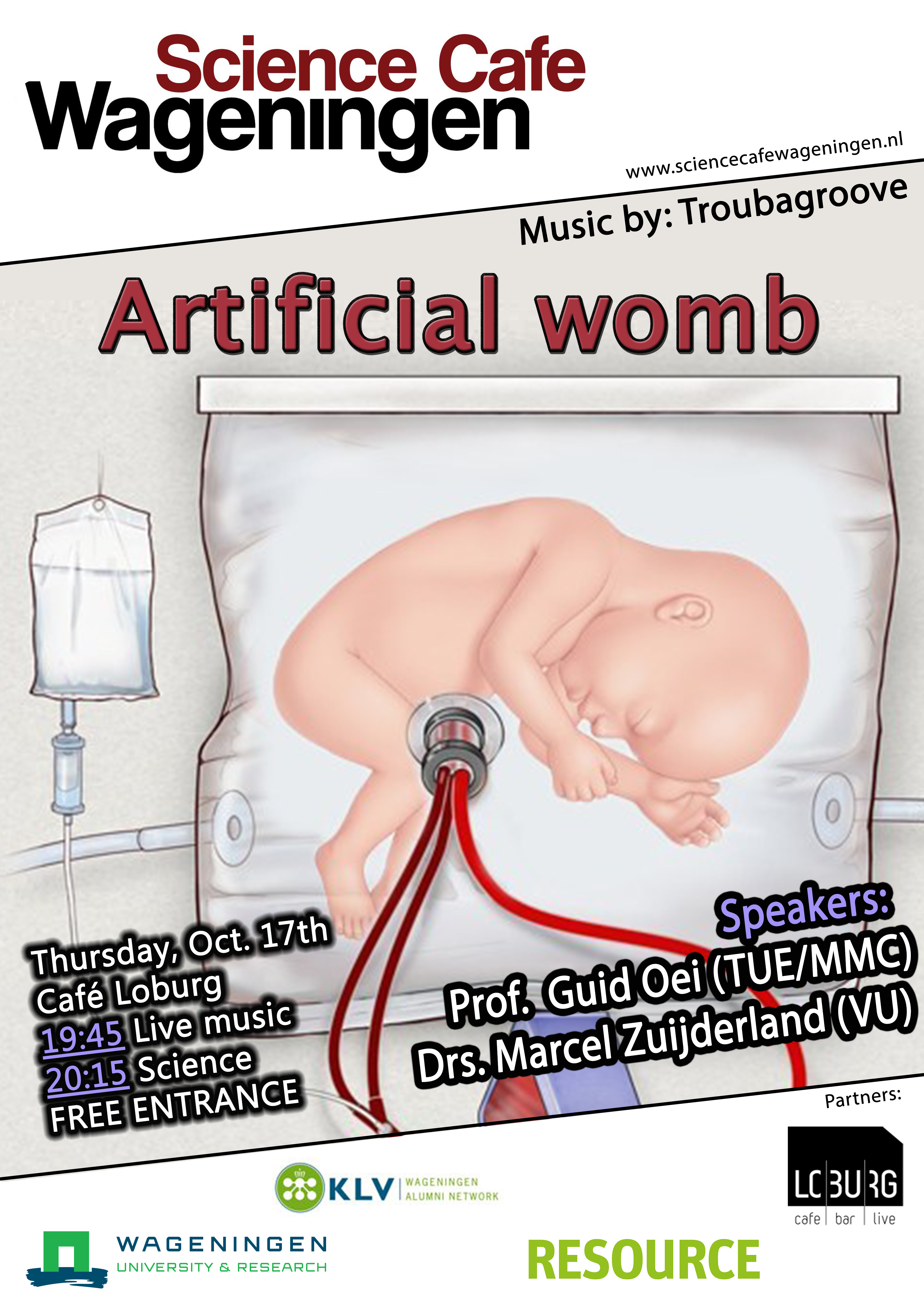 The idea of babies not needing a human womb seemed science fiction not long ago. Ectogenesis, the term given to pregnancy conducted outside the uterus, meanwhile has become a big topic in medicine, psychology and ethics. During the Dutch Design Week last year, a design of an artificial uterus was shown by initiator prof. Guid Oei for the first time.
There are two very different applications of these sorts of devices.
Artificial womb technology (AWT) substitutes for a real womb right from the start so the foetus never needs to be inside a human and works as if the baby is still to be ‘born’.
Neonatal Intensive Care (NIC) is a better understood replacement for an incubator. ¬¬It improves survival rates in premature births and works ‘after’ the baby has, medically seen, been born.
Prof Oei and a number of European clinics, hope to introduce a first prototype artificial uterus within a few years. In this session of the Science Café professor Guid Oei will talk about the progress made with NIC and his motivation to work on it.
But, with surrogacy growing in awareness, particularly with Kim Kardashian choosing a surrogate for her fourth child, what’s the difference between contracting a person to carry your baby and contracting a machine? And what happens if, thanks to AWT, not needing the parents for the process is actually good for the baby? Are there any limits to how far we can control pregnancy? Drs. Marcel Zuijderland will discuss questions that rise with these developments.

Guid Oei studied medicine at Leiden University and started as gynecologist at the Máxima Medical Center (MMC) in 1996 and has worked there ever since. In 1997, he started the Obstetric High Care Unit at the MMC, which has now been copied by nine other care facilities. He also helped found the NIC at MMC and the Woman Mother Child Center. In 2003, he was appointed part-time professor at Eindhoven University of Technology.

Marcel Zuijderland (1964) studied philosophy and cultural anthropology at the University of Amsterdam. The focus of his study was on the process of modernization and its consequences for people and the world. His current specialization is bioethics and technology philosophy, with a focus on the themes ‘human enhancement’, reproductive technology and organ donation. In 2017 his book “Gentest or no test: how NIPT changes the pregnancy” was published.