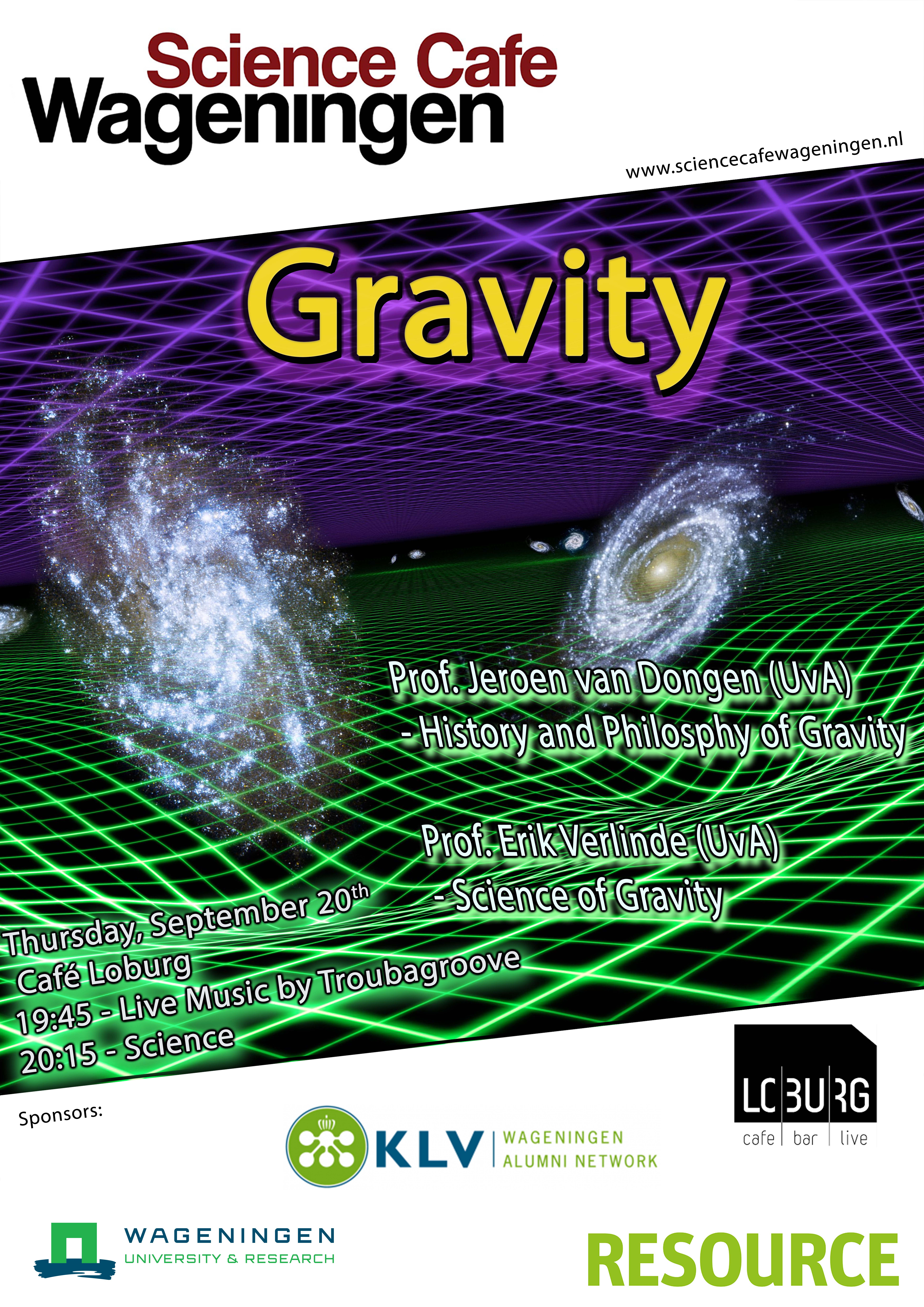 Gravity, there is really no way around it. Perhaps that’s why this phenomenon by which all things with mass attract one another is easily taken for granted. But not in this Science Café. Jeroen van Dongen en Erik Verlinde will take us from the Einstein’s theory of gravity to the recent detection of gravitational waves and latest ideas of Erik Verlinde about ‘Emergent Gravity’, which he published in 2017.

Prof. Jeroen van Dongen leads the History of Physics group at the University of Amsterdam. He researches the Science and Life of Albert Einstein and his contemporaries, and the history and philosophy of gravity.

Prof. Erik Verlinde is part of the String Theory group at the University of Amsterdam. He received the prestigious Spinoza Prize in 2011 for his major contributions to Physics and Mathematics, including the Verlinde formula and the Witten–Dijkgraaf–Verlinde–Verlinde equation. He became known by a wider audience for his novel theory to explain gravity.