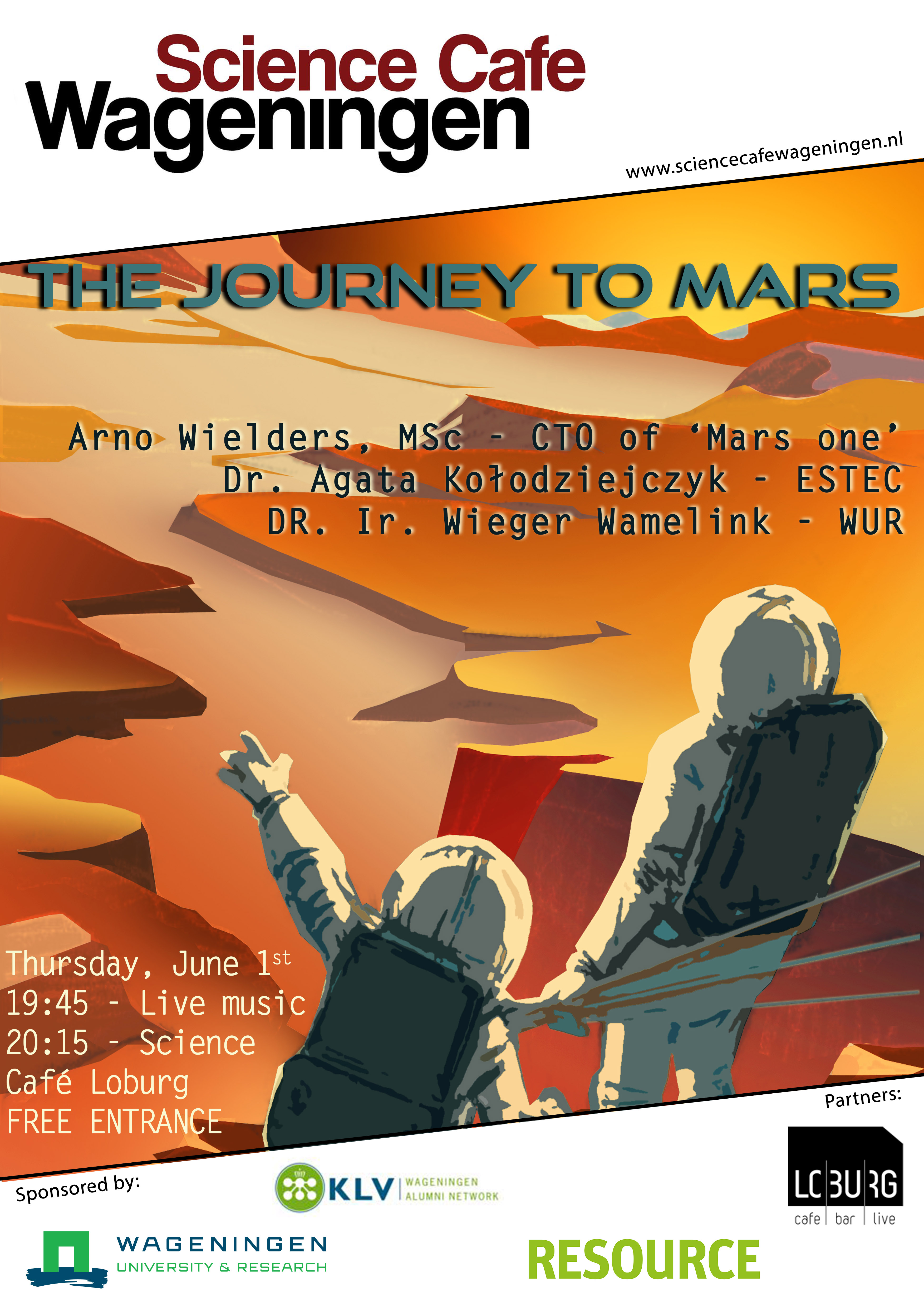 The stars in our night’s sky have always intrigued us, but none has captured our imagination as much as the ‘wandering star’ we call Mars. Its red color – coming from oxidized iron – already inspired the Babylonians to name it Nergal, after their god of fire and destruction. Now we know that, instead of fire, Mars harbors liquid water. This, together with its “mild” temperature and comparable gravity, makes the planet to the most hospitable planet for humans in our solar system, after Earth. Nevertheless, Mars is on average 140 million km away from Earth making the journey of approximately six months extremely challenging in terms of technological, but also societal aspects. In our next Science café, we are therefore excited to host Arno Wielders from Mars One and Agata Kołodziejczyk from ESA and Wieger Wamelink from Wageningen University & Research, who will talk about the most intriguing questions concerning the journey to, but also living on the planet of fire and destruction.

Arno Wielders is the co-founder and chief technical officer of Mars One. Mars One aims to establish a permanent human settlement on Mars within the next fifteen years.

Agata Kołodziejczyk holds a PhD in neuroscience from Stockholm University and is currently a research fellow at the Advanced Concepts Team of ESTEC.

Wieger Wamelink is a (senior) researcher at Wageningen Environmental Research (Alterra), where his research focusses on the possibility to grow food crops on Mars by using soil simulants. The results of his research have seen extensive media coverage. Furthermore, he is part of the Mars One advisory board.