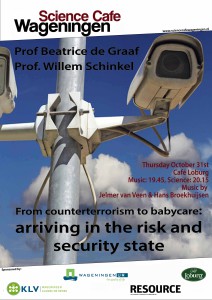 Summary
As soon as we wake up, we start trusting our environment, in massive amounts. We trust the construction of our house, the purity of our drinking water, the existence of (the right sort of) electricity, the working of our refrigerator, computer, we trust others while engaging in traffic, we trust our cars, the capacities of the tram driver. And as soon as we wake up, we are at the same time controlled by others, in almost the same massive amounts. Our computer and telephone are scanned, ccctv is put up in our streets, on the speedways, in public transport and in the supermarket. At work, we are being clocked and scanned as well, et cetera. On an even larger scale, the same applies. Trust is massive, in institutions like the state of the market. Despite our criticisms on these institutions, everyone trusts their basic functioning – hence the surprise when the financial markets in 2008 collapsed. At the same time, the state has developed in the direction of a surveillance state, and the market is ridden with an intricate maze of controlling instruments and agencies.

Prof.dr. Willem Schinkel (social scientist, EUR) will discuss the combination of trust and control. Not their effectiveness will be central, nor the question whether trust is legitimized or not, or whether control works at all. He will however disentangle and analyse the simultaneity and co-existence of large scale trust and controlling systems, first of all by gaining conceptual clarity about what it means to trust.

After this more general, social scientific introduction, prof.dr. Beatrice de Graaf (historian, UL) will confront us with some instances of recent counterterrorism activities and instruments. How has the terrorist threat triggered the expansion of the controlling and surveillance networks we live in nowadays? We are being registered as individuals in between 300 and 500 databases. Does this mode of recognition and registration enhance our security, or even our sense of being secure? Do these instruments heighten our trust in the state? Are terrorists indeed being caught with Big Data?

Prof. dr. Willem Schinkel (1976) is an endowed professor in sociology at Eramus University in Rotterdam. His PhD thesis titled Aspects of Violence was published in 2005 and was awarder the Wim Nagel award from the Dutch Association of Criminology . In the last few years he published several popular Dutch books such as publicaties ‘Denken in een tijd van sociale hypochondrie’ (2007) ‘Nieuwe democratie. Naar andere vormen van politiek’ (2012) such as ‘The ideal society’ (2008) and ‘New democracy. Towards alternative politics’ (2012). He became known nation wide in 2008 by his full-evening appearance in the talkshow Zomergasten. In addition, he was elected a member of the Dutch Young Academy of Sciences.

Prof. dr. Beatrice de Graaf (1976) is a full professor for conflict and security in historical at the Centre for Terrorism and Counterterrorism at at Leiden University. She studied history and German at Bonn University and Utrecht University and received her PhD at Utrecht University in 2004. Her research interests are in the history of national security in the West (19th-21st century, (counter-)terrorism and political violence and ‘securitization’ and international relations. She has regular media appearances in the Dutch media, mainly related to terrorism, such as in the talkshow ‘Pauw en Witteman’ and this summer she was a guest in the Zomergasten. She was also elected a member of the Dutch Young Academy of Science. In 2010, together with Willem Schinkel, she founded the Research Network Securitization in the Netherlands.

Life music was performed by Hans Broekhuijsen & Jelmer van Veen. The last notes of their recent performance in the “Soundbites” series are still echoing through the Impulse building. Tonight the Science Cafe features saxophone player Hans Broekhuijsen and pianist Jelmer van Veen in a duo-concert full of intimate jazz. Jelmer van Veen and Hans Broekhuijsen met in Wageningen’s jazz and latin scene where they both play in the latin jazz / funk band Groove Barrio. It was there that they came up with the idea to pick up their favorite jazz compositions including John Coltrane, Cedar Walton and Herbie Hancock. Come and listen to the result of these explorations! 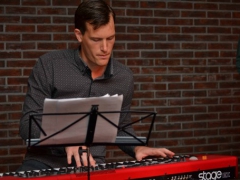 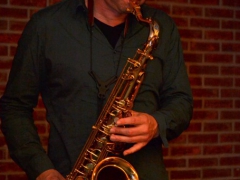 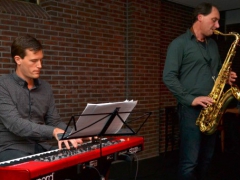 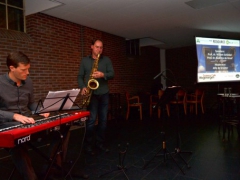 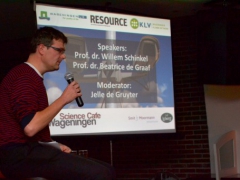 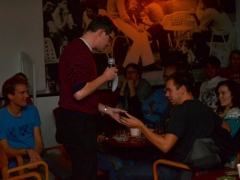 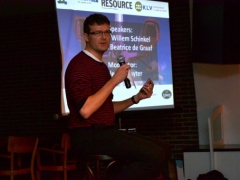