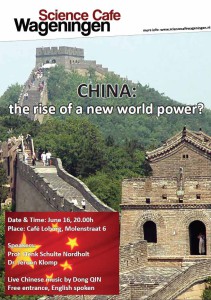 Summary
The rise of China will probably be of great influence on the history of the twenty-first century. China’s extraordinary economic growth and active diplomacy are already transforming East Asia, and future decades will see even greater increases in Chinese power and influence. But exactly how this drama will play out is an open question. Will China overthrow the existing order or become a part of it? Until recently, it was a widespread assumption in the West, that as countries developed, they would also Westernize. This assumption however has shown to be an illusion, modernization is not the same as Westernization. China is not like the West and will fundamentally remain very different from our Western society. To understand the rise of China and what China is like, we can ask ourselves a few questions. What gives the Chinese a sense of being Chinese? How do the Chinese experience unity? What is the relationship between the state and the people in China? How do the Chinese view the state? In general the question of interest is what is the Chinese civilization, how does it differ from Western nation states and what can we expect from China in the coming decades? To understand China we should put aside pre-assumptions based on Western experiences, we should stop using our Western views and Western concepts; the story of China is a completely different one and a very interesting one.

The speaker of the evening, professor Henk Schulte Nordholt, has been involved in China’s history, culture and economy for more than 30 years now. He studied Sinology in Leiden and started working at the Ministry of Economic affairs in the Hague where he supported economical relationships of the Netherlands with far East countries and especially China. When in 1985 AMRO bank opened its first branch in Peking, Henk Schulte Nordholt became first director and worked among other things, on financing trade between the Netherlands and China. Besides these business related activities, Henk Schulte Nordholt also speaks and writes about China for over 20 years now. He published three books, lots of articles and speaks regularly at seminars and workshops.

Jeroen Klomp, from the Environmental Economics and Natural Resources group of the Wageningen University and Research Centre will introduce the subject from a macroeconomic perspective. Jeroen Klomp studied Economics at the University of Amsterdam and promoted at the University of Groningen. In Groningen he did research on the impact of political factors on the drivers of economic growth. At the moment Jeroen works both for the Centraal Plan Bureau (CPB) in the Hague as a researcher on financial markets and as assistant professor macroeconomics at Wageningen University.

The evening was accompanied by delight Chinese music played by Dong QIN. 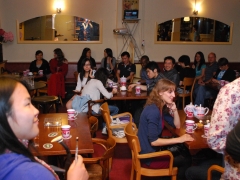 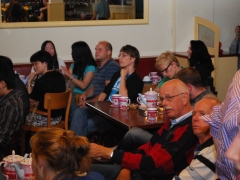 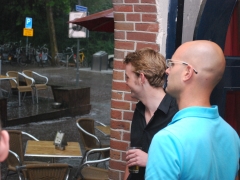 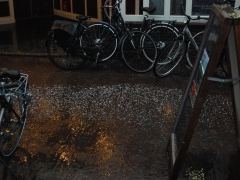 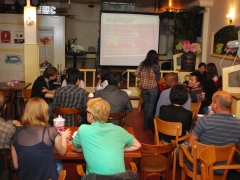 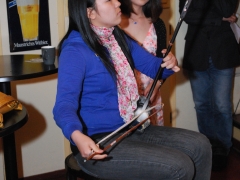 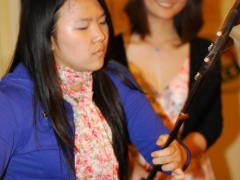 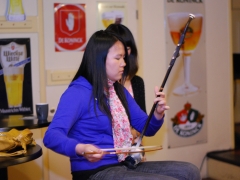