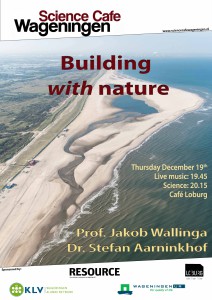 Rising sea levels and rapid urbanization pose a growing challenge to coastal areas worldwide. But what is the best way to bolster them against the incoming tide? The conventional Dutch wisdom of building dykes has caused unforeseen, and unwanted, consequences. Apart from disrupting ecological systems, it has lowered ground levels considerably, making us even more vulnerable to extreme events.

A much more sensible way to shield yourself against nature, is to build your defences with nature, as say some leading Dutch scientists and engineers. Instead of building dykes, they are experimenting with sand engines: artificial sand banks which align naturally with the coast lands. A new way of bolstering land against water and creating valuable wetlands at the same time. Can earth’s urbanized river deltas actually be protected by engineered nature?

Our guests for this Science Café are:

Stefan Aarninkhof, programme manager at Boskalis and the brain behind the Delfland Sand Engine on the Dutch North Sea coast. Delfland is one of the first massive sand engines designed to be moulded into place by natural winds and currents.

Jakob Wallinga, professor of Soil Geography and Landscape at Wageningen University. Wallinga is critical of the way humanity has literally tried to shape the planet and thinks we should use nature instead of fighting it.

Live music was provided by Basement 4:
In an old and forgotten basement somewhere below this city, 4 people found each other in their shared passion for new jazz. Listen on this Science Cafe to a new and original musical project. Their first appearance on stage and they already play their own pieces! They don’t build with nature but with jazzy chords, melodic lines and subtle rhythms to construct their own jazzy compositions. 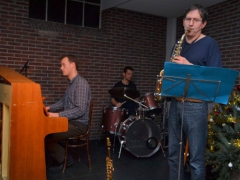 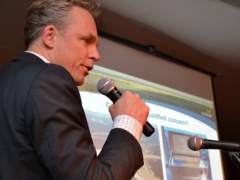 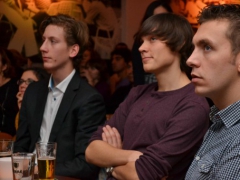 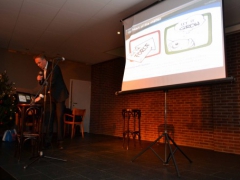 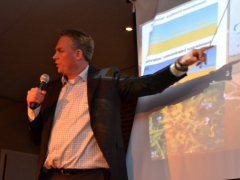 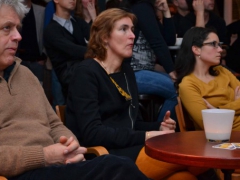 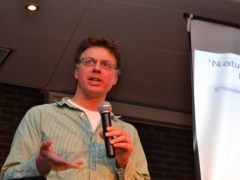 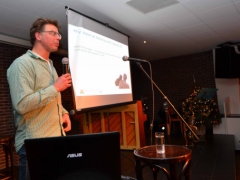